1.05 billion tons, more than half of the world, China is not a steel power?

Count steel in China is the power, anyone has been heard, some experts think that China's steel and iron and steel association powers, in a meeting, an industry expert, said China's steel industry has been in the forefront of the world's iron and steel, but now we don't steel big country, and is a steel power.

The main reasons given by comprehensive experts are as follows:

I. China's iron and steel industry is a "pillar" basic industry in China's national economy, with an operating income of 7.07 trillion yuan in 2019. No matter in terms of production capacity or consumption capacity, China's iron and steel industry, with its huge volume advantage, is unmatched by any other major categories in China. In 2020, China will produce about 1.05 billion tons of crude steel, accounting for more than 56% of the world's crude steel production, iron production has reached more than 65%, and steel consumption is close to 1 billion tons.

2. China's iron and steel industry has basically completed independent research and development of technology and equipment for major processes such as coking, sintering, ironmaking, steelmaking, continuous casting and steel rolling. The rate of domestic production of large metallurgical equipment is more than 95%, and China has the ability to independently build modern steel mills with an annual output of 10 million tons.

China's iron and steel industry has a strong industrial foundation and industrial advantages, and can produce all kinds of steel basically. Among them, the production of automotive steel, large electrical steel for transformers, high-performance long distance pipeline steel, high-speed rail, construction bridge steel and other steel products have entered the first echelon in the world.

Five, China has built more than 20 national key laboratory, the domestic number of products and new products, has been implemented by following the lead of span, such as widely used in aerospace, medical and other fields of hand tore steel, super steel tensile strength reached two billion two hundred million mpa, Northeastern University, wu, WuGang, citic, xingang, such as research and development, last year won the first prize in a national science and technology progress of green technology of electroslag remelting, etc. 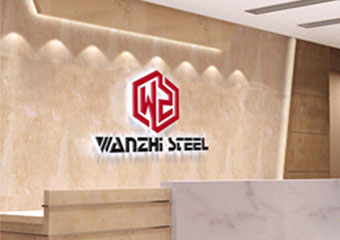